In response to rising demand for increased bandwidth of network traffic, NEXCOM, a leading supplier of network appliances, has released a compact single-port 200GbE network interface card. NL 110FM-OS leverages the award-winning NVIDIA® ConnectX®-6 Dx SmartNIC silicon and a PCIe Gen4 interface that doubles the speed of data transfer, compared with the previous generation PCIe standard. The network connection is enabled through one QSFP56 port to utilise double-bit PAM4 data transmission, and the NIC card is compatible with NEXCOM’s latest rackmount network appliances.

The sheer volume of data traveling over the IT network leaves service providers no other choice but to adjust to the new reality. One of the ways to solve the problem is to increase the number of servers and another is to migrate to more compact solutions based on the latest technologies. The first method will require purchasing additional servers, leading to maintenance personnel expansion and energy consumption growth, whereas the second method is simply to increase the bandwidth of existing network nodes. This latter option provides a greener solution and should be preferable for all CSPs whether or not they have environmental concerns in reducing their carbon footprint.

“By adopting the latest 200GbE NIC card powered by ConnectX-6, our customers can significantly increase the throughput of their servers and pivot to massive data processing without much effort,” said Matthew Liu, CTO of Network & Communication Solutions at NEXCOM. “We have a long history of working with NVIDIA on the adaptation of previous generation LAN controllers and are looking forward to our next successful joint projects.”

“Data centers are being transformed by the growing demands of next-generation architectures required for massive hyperscale clouds and AI workloads,” said Eunice Chiu, VP, Sales and GM Taiwan at NVIDIA. “NVIDIA’s networking platform equips innovators such as NEXCOM to supercharge networking performance for the next wave of breakthrough data center applications.” 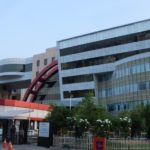 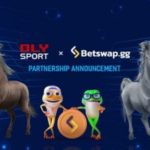 View All
More in Nvidia